I’m re-re-re-re-reading Mansfield Park right now. I’ve written before about how it’s Austen’s underrated novel and that we don’t love Fanny Price as she deserves to be loved.

What I find terribly disappointing that there isn’t a decent film version of Mansfield Park. Granted, the 2007 Masterpiece Theatre version was tolerable, I suppose, but the casting was just not right. Haley Atwell as Mary Crawford was perfection, but otherwise it just missed the mark.

So let’s start from scratch. Let’s cast a new Mansfield Park. And maybe someone will take pity on us and finally film a version that’s watchable. Tomlinson can act genuinely innocent and full of goodness, but she is incredibly likable which is a must for modern audiences to not misunderstand Fanny as a judgemental stick in the mud. She won’t tattle on you, interfere, or chastise you for all the things Sir Thomas wouldn’t approve of. She just doesn’t want to be in your shocking play, so can you give it a rest? You may know him as Endeavour Morse (and if you don’t, drop everything and watch Endeavour, it’s British detective mystery gold). Evans could portray Edmund as serious and introspective and an excellent new clergyman who is sincere, kind, lovable and able to fall in love with a glittering personality like Mary Crawford’s. While my first thought was Kate Beckinsale, I had to remember that she’s not 21 anymore which reminded me that I’m not 21 anymore. After I got over a mini-identity crisis, I realized that Tuppence Middleton who recently starred in War & Peace would make a perfect Mary Crawford. Petite, brunette, pretty, charming, and super manipulative. Another good choice would be Jenna Coleman who played Lydia Bennet in the recent Death Comes to Pemberley series. Mary is a warning to all of us how growing up in the house of a philandering sea admiral uncle can spoil one’s education. 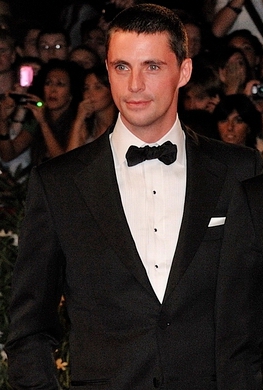 Goode might be a little old to be Henry Crawford, but we know that Crawford has been around the block a few times and that his sisters are begging him to settle down so he could be at least in his 30s, right? Goode has the right charm to be Henry Crawford. In my opinion, you’re supposed to fall just a little in love with him every time you read the book until you’re reminded what a scumbag he is. Another option for Crawford could be Aidan Turner, leading man in Poldark which is my fave. They look alike because they’re sisters! I think the Tointon sisters would be perfect as the Bertram ladies. They look so high society. Just ready to be condescending, competitive, and mercenary. I first saw them in Mr. Selfridge as Rosalie and Violette. I haven’t seen Grantchester, but I saw Norton in War & Peace and he could make a great Edmund if Shaun Evans is too busy to add a new Mansfield Park to his schedule. Tom’s only around for part of the plot, but he needs to be a strong, commanding character. I love that in the 1999 film, Lady Bertram and her sister Mrs. Price were played by the same actress since Austen describes them as looking remarkably alike save for how Mrs. Price’s poverty has worn her down. Frances O’Connor played Fanny in the 1999 version so it would be fun to have her play Lady Bertram almost 20 years later. AND O’Connor plays Rose Selfridge, mother of Kara and Hannah Tointon’s characters in Mr. Selfridge, so perfection. Mansfield Park has a heavy plot and Mr. Rushworth’s hilarious bumbling is key for lightening the mood. I think Corbin is our man for this. And he’d look great in a blue dress and a pink satin cloak for his two and forty speeches which, as we know, is no trifle!

I still need a Mrs. Norris and Sir Thomas Bertram. So gimme all your ideas in the comments and if you’re producing a new Mansfield Park, no need to pay me for casting it for you. A version that doesn’t make me want to poke my eyes out with pencils is all the thanks I need.