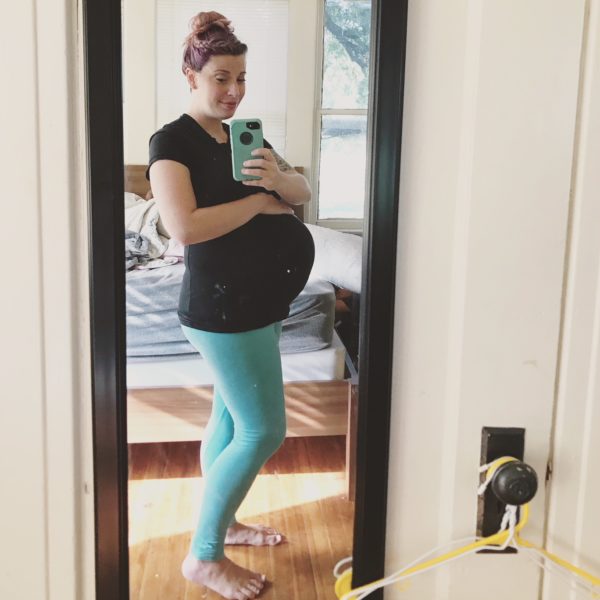 To arrive at our sweet girl’s absolutely wild birth story, the stage must be set.

It was a rough pregnancy. 25 weeks of debilitating nausea due to HG followed by a third trimester of lightheadedness and the other perks that come with anemia.

All the things.
No luck.

At first the idea really threw me for a loop. I’ve always been able to birth my babies naturally and I realized with the possibility of a very different kind of birth that natural birth had become a bit of an idol for me–part of my identity. Discovering that I might very well need a c-section in order to safely deliver my 4th baby forced me to really examine my attitude toward birth and become open to the idea. I really had to wrestle with why I have always wanted natural birth (because in all my previous pregnancies it seemed to be safest for baby) and NOT because I had anything to prove. If a caesarean birth was going to be safest for THIS baby, then I was at peace with that. I had so many wonderful mamas send me encouragement about their experience with caesarean birth and hearing their stories helped me imagine that scenario and feel less afraid about it.

We scheduled an external cephalic version at the hospital at 38.5 weeks to flip Hildie from transverse to vertex. I really had hoped that we wouldn’t need to do that and she would flip on her own after we tried ALL THE THINGS but that just didn’t happen. Our new pastor came over for dinner and prayed over me and baby the weekend before the procedure. After that I experienced huge relief from anxiety over the situation. Good priests are such a blessing!

We arrived at the hospital for the version with our bags packed just in case the procedure started labor or if it caused the baby to go into distress and we needed to do an emergency c-section–an unlikely but possible outcome. But everything went great!

The MD performing the procedure was wonderful and was able to move Hildie so gently that I didn’t even realize it was over and successful until they said, “And you’re done! She’s in the right spot now!” Absolutely painless thanks to having birthed 3 babies already and having an ahem….highly FLEXIBLE uterus. The whole thing took about 2 minutes. (I highly recommend giving the ECV a try if you have a breech baby!)

After the procedure they put a “binder” on my belly to keep her head down. And I’m glad they did because I could tell she was doing her level best to flip back! I had to wear that for 24 hours and it was incredibly uncomfortable. As soon as she was head down I started experiencing more contractions and pelvic pressure each day. It’s also of note that the weather was record-breaking heat in central TX. We had our hottest July day on record (114!) and more than two straight weeks of 100+ temps (mostly above 105). NOT MY FAVORITE.

We were starting to try natural induction methods like walking and spicy foods and all of that. We even took some family hikes and tackled “Jacob’s Ladder” the stone steps at the local park that puts women into labor according to local lore. 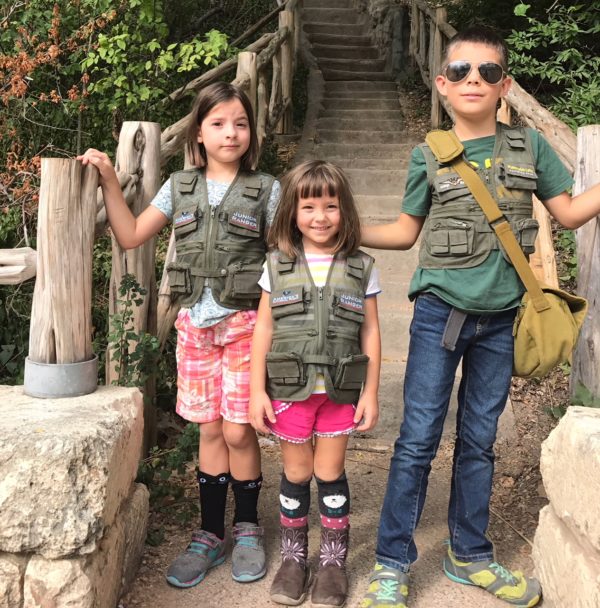 At my 39 week appointment I was 2cm dilated and very uncomfortable. Starting that night I began having prodromal labor. If you’re unfamiliar with prodromal labor is basically the very beginning of labor that does not progress into active labor. The contractions are different from Braxton-Hicks but rather than intensifying into active labor, they fizzle out after a few hours. The next day I lost my mucus plug and had bloody show–this has always been the sign that my real labor is beginning. For my 3 previous births having bloody show means I’m within two days of having a baby in my arms. I started to feel hopeful that I was in my final hours of pregnancy!

But reader…I was not.

Every couple of days the contractions would intensity, get closer together and I would text friends to give them a heads up that they might need to come over and watch the kids. Then everything would slow down again. The toughest part was that even though prodromal labor isn’t active labor, emotionally you feel like you’re beginning labor. All I wanted to do was be in my own little cocoon, but that doesn’t work very well with three other kids to take care of! Things at home were getting a little out of hand. 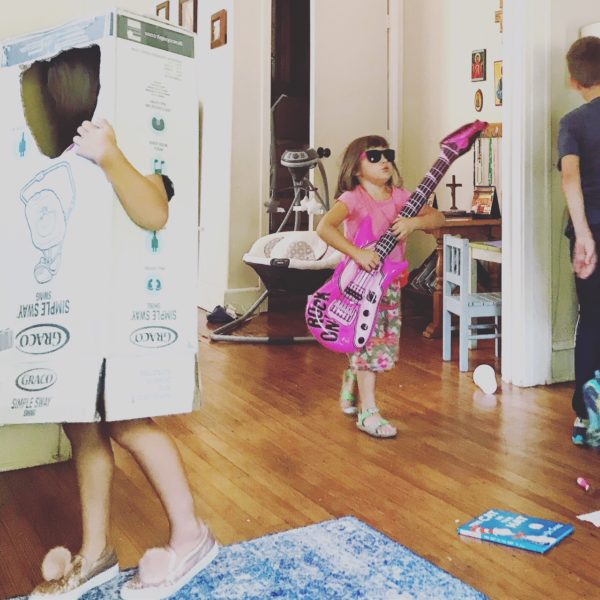 I was also getting sleep-deprived because the contractions were strong enough to wake me up all night. After 9 days of prodromal labor I was starting to unravel.

After my due date came and went I made an acupuncture appointment. My 2nd and 3rd babies were more than a week overdue and acupuncture helped induce labor with both so I could avoid a pitocin induction. I love my acupuncturist in Waco and I had high hopes that a treatment would help get things going since I was already having so many contractions. I was right!

A few hours after the treatment things started to really ramp up. Daniel took the kids to Jiu Jitsu while I watched Downton Abbey and sat on the birth ball then we all went out for tacos. By the end of dinner, I was really feeling strong contractions and they were getting closer together. After getting the kids settled at home, we called Hildie’s godparents, Reid and Katherine, and asked them to prepare to come over and watch the big kids overnight.

Daniel and I took a walk around the neighborhood. I holed up in the bedroom and watched a couple more episodes and timed contractions. By 10pm the contractions were 2-3 minutes apart and 45 seconds long feeling very intense. We packed up the car and headed to triage. I texted my midwife. An MD at the practice was technically on call that night and one midwife was out of town. But the other midwife had told me that I could let her know when we were heading to the hospital and she would meet me there even if she wasn’t on call (so kind!). I alerted her that we had arrived and texted her updates.

Unfortunately the updates weren’t very encouraging. “I’m still only 2cm dilated. Contractions are spacing out some.” So she waited to come in.

The frustrating thing was that when I was on my feet the contractions were excruciating. Awful back labor that felt like fire across my back and then radiated into the nerves in my thighs. And they were close together. I had 3 contractions during the five minutes I was signing consent papers.

But triage is terrible. They want to monitor the baby’s heartbeat and your contractions (understandably) but they want you in a reclining position during the process. Contractions are awful when you’re on you’re back! And gravity is completely against you. Of course contractions space out because the position you’re in is so bad for labor!

After an hour and a half on the monitors I was still 2cm. Cue the tears. Contractions were far apart. But the feel of the contractions and my emotional state had me convinced I was really in labor. The nurses in triage were NOT convinced.

“Just head home and take a Benadryl so you can sleep through the contractions. This is false labor.”

“Don’t send me home. This is my 4th baby, I know what real labor feels like.”

“Maybe you’ll be back over the weekend sometime when you’re in real labor.”

“THIS IS NOT RIGHT.”

I had what felt like a million contractions just getting dressed and back to the car.

On the drive home at 1:45am I told Daniel, “They said I’m not in labor but emotionally I feel like I’m about to be in transition. Now I don’t trust my instincts at all.”

We got home around 2am. I took a Benadryl. I DID NOT SLEEP because the contractions were absolutely awful. “If THESE aren’t real contractions, what am I going to do when I have real ones? I can barely survive these!” I thought to myself.

I felt so discouraged and honestly in despair. I had been told not to trust my instincts and my body and now I was having a really hard time gauging how far I was into my labor or if this even WAS labor.

Our friends asked if they should stay the night in case we needed to go back and I said yes, please. I knew something was off. This couldn’t be false labor. But I also felt embarrassed to have been sent home and I’d lost all my confidence.

To be continued in Part II (The Wild Ride)…